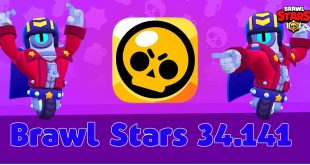 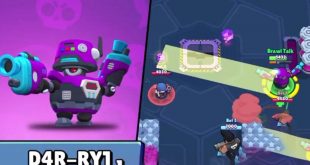 The developers have released an update to Brawl Stars with new fighters, skins and other innovations. You can download it right now.

The Main Attack is a very short attack that hits twice, Edgar heals 25% of the damage dealt.
Super – Edgar jumps over a short distance and gains extra movement speed after landing. The superpower also slowly charges passively over time.
Gadget – Increases the charge of passive Superpowers by 700% in 3 seconds.
Star Power #1 – Super ability also deals 1000 damage to nearby enemies when landing

Super – Instantly exploding bottle that deals damage to enemies and heals friendly Fighters who are in the area.
Gadget – Consumes one cartridge to heal 800 per second for 3 seconds.
Star Power #1 – Super Attack also reduces enemy healing by 50% from all sources for 9 seconds. It also affects normal health regeneration, which occurs after an enemy has not taken damage for a while.
I will tell you about other changes in social networks and individual posts.