This is the 100th Anniversary Update featuring new maps, skins and more.

A new menu theme with music will now be available in the reBrawl Classic and reBrawl mods.

The twenty-second and twenty-third community brawlers are entering the battlefield on reBrawl Mods.

Here is a short description

Name: Spiky;
Model: sprout model with custom skin;
Description: Spiky is a cactus robot who has gone out of control and is ready to ‘spike’ things up! With a minigun-like spike attack and with a bouncy super, he is quite the challenger!

This week two new skins and one skin update are added to reBrawl Classic and reBrawl Mods:

Here is a preview of all these skins: 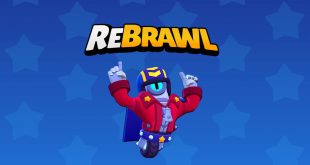